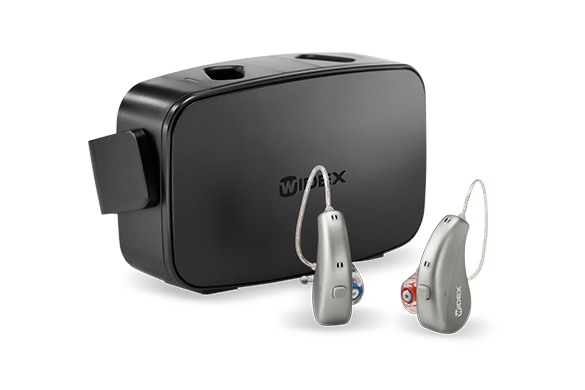 Did you over 5% of the global population have disabling hearing loss? That amounts to around 466 million people, 34 million of whom are children. This doesn’t include milder forms of hearing loss and the 1.1 billion people who are at risk.

Not all of these people use hearing aids, however. Only 17% of those who need one use one, which leaves 83% without help.

Hearing aids would have helped these people lead a more normal life. But, how does it help? How does it work to improve the sounds?

If you’re curious about how hearing aids work, keep on reading to learn more.

A hearing aid is a device you use for augmenting your hearing capabilities. It amplifies sounds to compensate for your hearing loss. This allows you to listen and communicate normally.

But, they’re more than a simple amplifier. They are selective in what they amplify. They process the sound vibration according to the type of hearing loss.

2. Parts of a Hearing Aid

Before we go into the actual process, let’s learn about the hearing aid parts first. This will give us a better idea of how hearing aids work. Take a look at the main components below.

The microphone is what picks up the sounds in the environment. The modern microphones differentiate between speech, background noise, and other sounds.

They have two types: directional and omnidirectional. Most hearing aids come with both.

Directional mics pick up sounds in front of the wearer for most of the time. They’re useful for understanding conversations in a noisy environment.

The omnidirectional types pick up sounds from all directions. This helps wearers get a better grip on where the sounds are coming from.

The amplifier adjusts the electrical signals to accommodate the needs of the wearer. It’s at this stage wherein the sounds of wind, feedback, and such get cancelled or reduced.

Some features, like tinnitus masking, would also be happening at this stage.

This is the component that powers the device. It’s usually rechargeable, but it can be disposable, as well. Many of the hearing aids today have lithium-ion batteries, which means you won’t have to worry about changing them.

The battery size is a huge factor in determining your hearing aids’ lifespan. But, other factors come into play, too. They last around 5 to 14 days, depending on usage, the user’s needs, the environment, and so on.

Aside from these main components, hearing aids aren’t complete without the other useful parts, like the outer elements. For instance, some types of hearing aids have the ear hook, which loops over the top of the ear.

Then we also have the earmold, which a professional makes from an impression of your ear. This makes for a perfect fit, containing the sound within the ear.

To prevent infection, the earmold has a hole called the vent. This allows for some airflow in and out of the ear.

Other types of hearing aids have domes instead of earmolds, however. These are bell- or mushroom-shaped pieces at the end of the tubing. They have the same function as an earmold, although they’re smaller so they can go further into the ear canal.

Either type should have something called the wax guard. This protects the internal components against ear wax.

Some hearing aids might also have a button or switch, the function of which depends on your needs. Your clinician can program it to switch between different settings for different listening environments, for example. It can also be for volume control.

T-coils (telecoils) might also be present in modern hearing aids. These allow the device to connect to other sound sources, like a telephone or a public sound system. This results in better sound quality and lower background noise.

3. Step by Step of How Hearing Aids Work

Now that you’re familiar with the parts, you’ll be able to follow the process better. Here’s the path the sound goes through:

Once the microphone picks up the sounds, it converts the sound waves to electrical signals. It then sends these to the amplifier.

The amplifier increases the power of these signals. The amplification depends on the level of the user’s hearing loss. It transforms the electrical signals into digital signals, which it can then manipulate.

It enhances wanted sounds, like the voice of the speaker or the music you’re listening, while eliminating or reducing other noises.

The small sensory cells in the inner ear, also called hair cells, detect the vibrations. They still need to convert these into neural signals.

The hair cells are important in this process. If they get too damaged, they won’t be able to convert any signal into neural signals.

Even the largest vibrations won’t be useful to the ears if there are no hair cells to process them. Hearing aids become useless at this point.

The neural signals then pass onto the brain. The brain processes these into sound, completing the process.

With all the conversion and adjustments, how hearing aids work sounds like a lengthy process. However, it’s far from that. This all happens in a fraction of a second, giving you an idea of how advanced we’ve come.

Thanks to constant research and development, the hearing-impaired will still have a hearing experience as close to the natural experience as possible.

The function of hearing aids varies by disability. Contact us today so we can assess the degree of help you’ll need.

We use cookies to ensure that we give you the best experience on our website. If you continue to use this site we will assume that you are happy with it. Ok